On April 6th, 2018 all of the Modata team at the time decided to drive 2 hours to Mizzou to compete in a competition called Datafest. This was the first major event we had done a club together to any degree. Using datafest we slowly bonded and figured out a rought draft of what we wanted SIG-Data to be. This is the “first post” that was ported over from the first iteration of modata.blog so this analysts holds a special place in my heart. All 4 of us put a lot of effort into this as we worked on this in an almost completely empty dorm building at Mizzou. Oblivious to the possible ghost stories and hauntings, we worked all night getting hyped and excited. This dataset was something we could all relate to: finding a job. Something that we all desperately were working through at the time.

The data was given to us by Indeed, the job listing search engine, composing of almost 3 GB of job listings from the past few years.

Right off the bat we made a heatmap of the United States by Average Estimated Salary of each state. Why? Because it looked like fun. 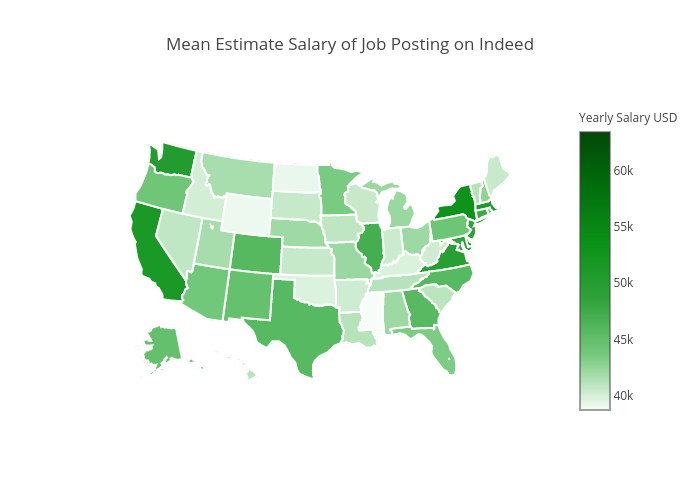 To get more ideas we decided to go for a Scatter Matrix, or as we like to call it, the Shotgun Approach (it sounds cooler). Since we didn’t have 128 GB of memory right in front of us we had to reduce the scatter plot to only Missouri. 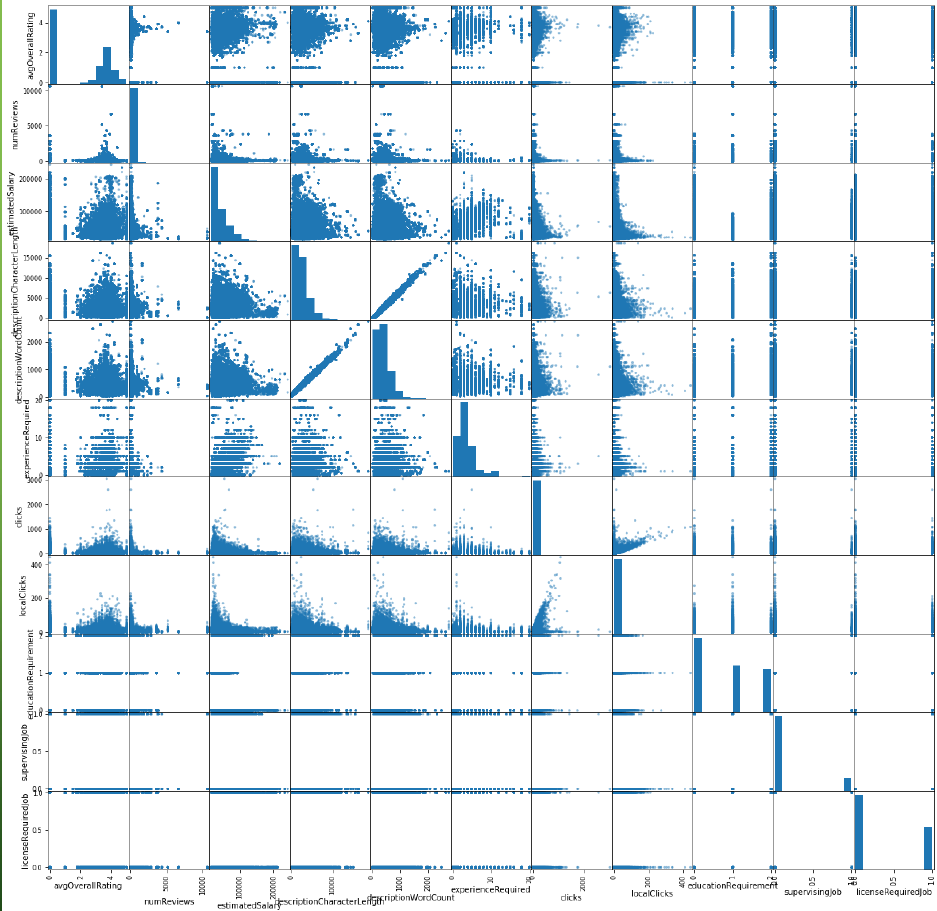 Unfortunately, there aren’t many corellations. The only one that stands out notabliy is the word count in the description of a job (descriptionCharacterLength) correlates with number of characters in a descrption (descriptionWordCount). 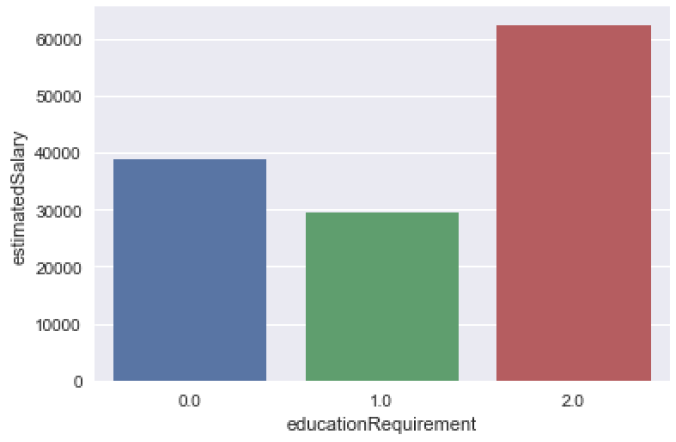 To do a bit more we decided to look at supervisingJob column. 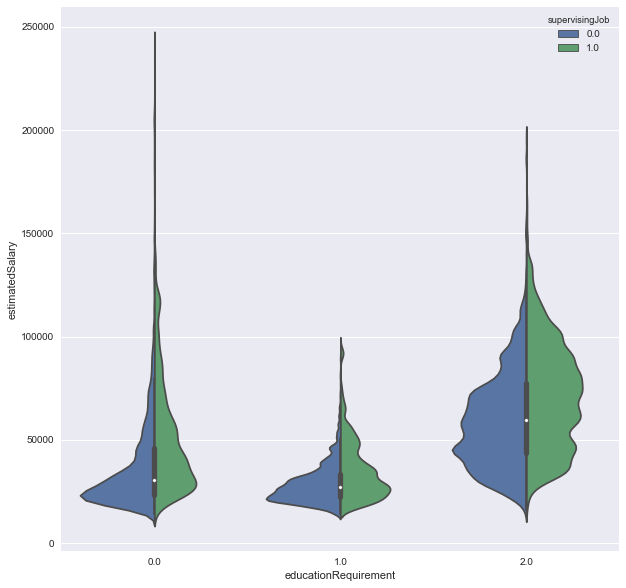 We decide to put our new column against estimatedSalary to see if salaries would be higher in local jobs or not.

Average Estimated Salary Whether a Job is Local or Not 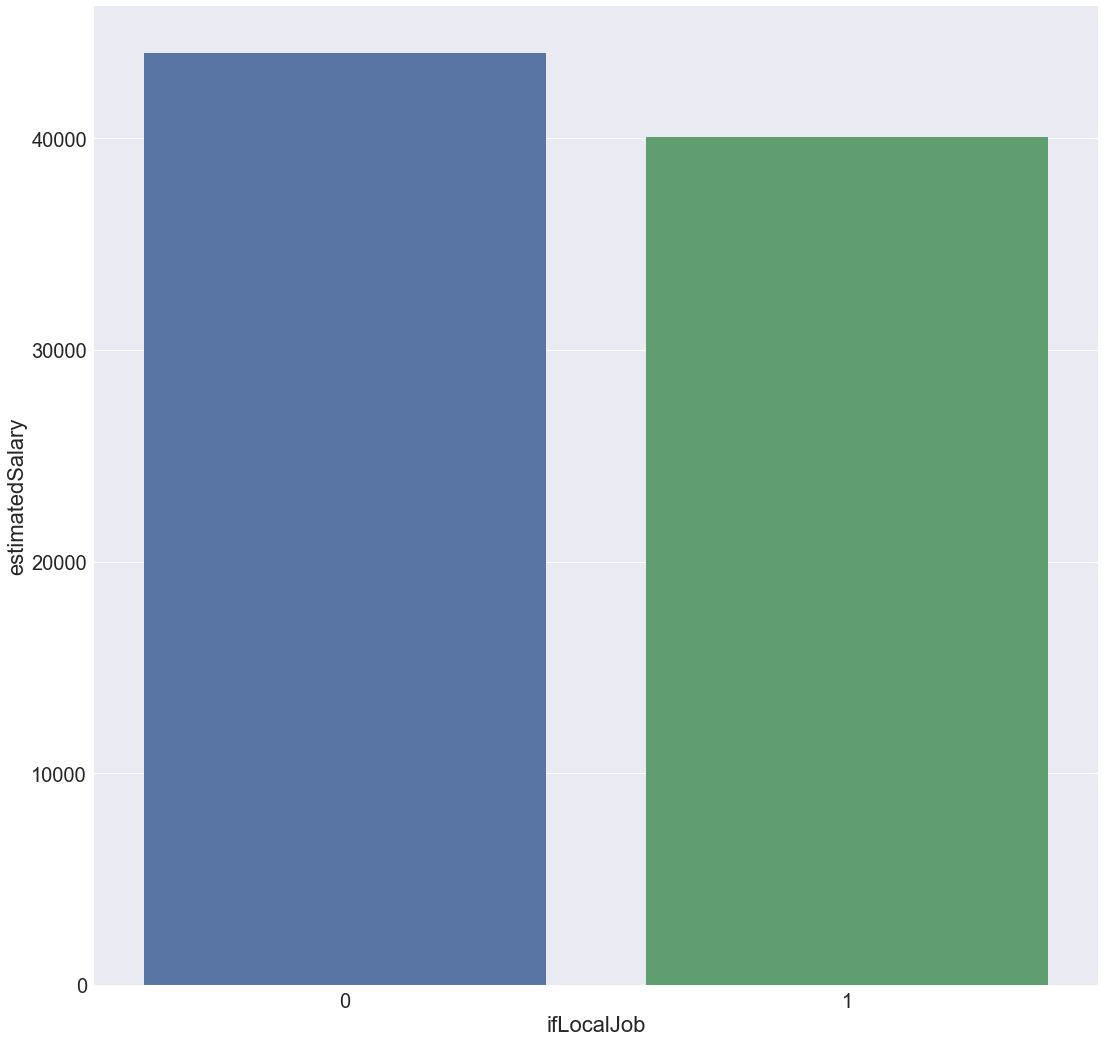 As seen, the Average Salary is higher for non-local jobs.

With this new column we decided to find out which job field has the most local jobs. 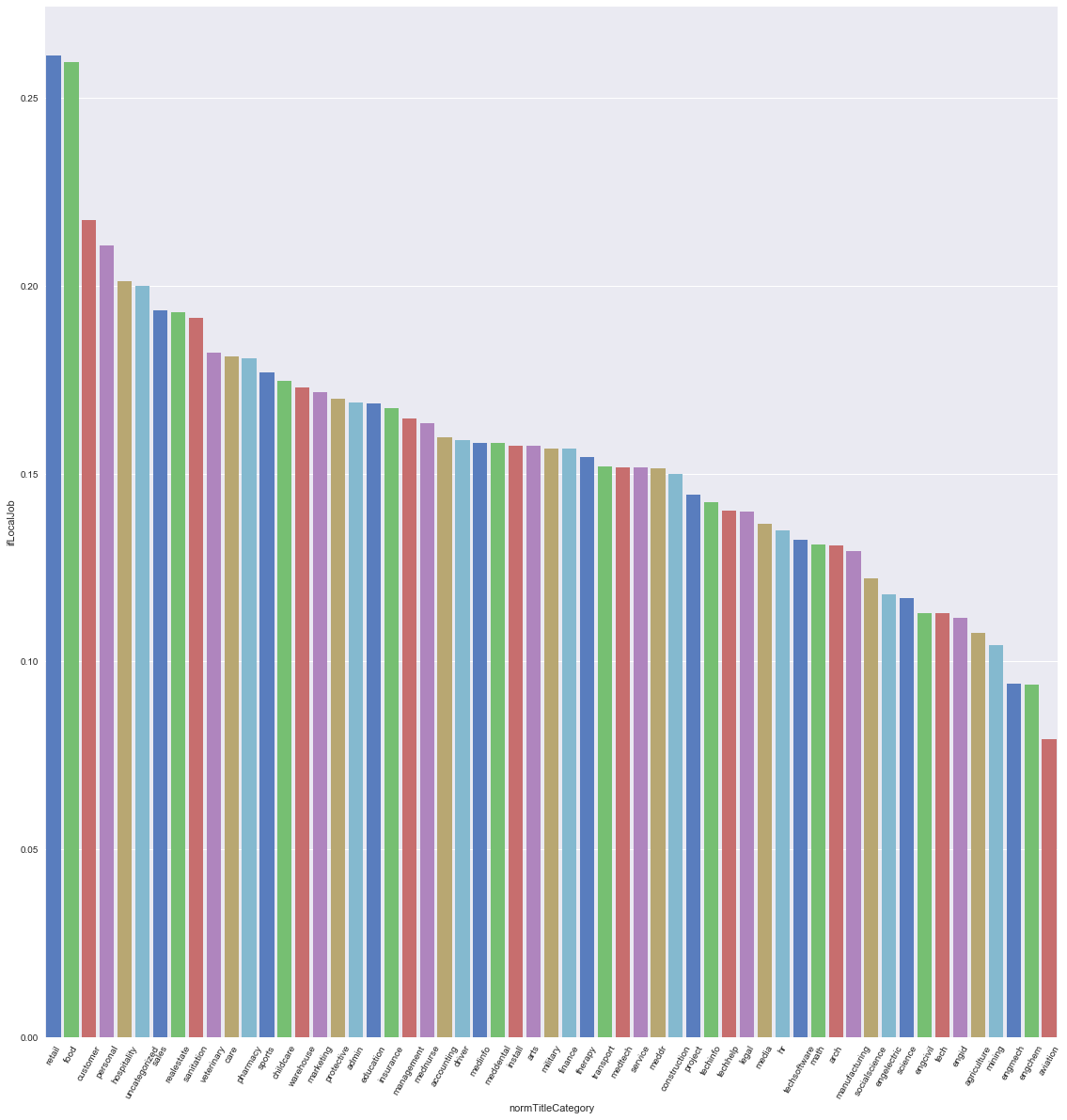 5 Most and 5 Least Local Jobs by Job Field 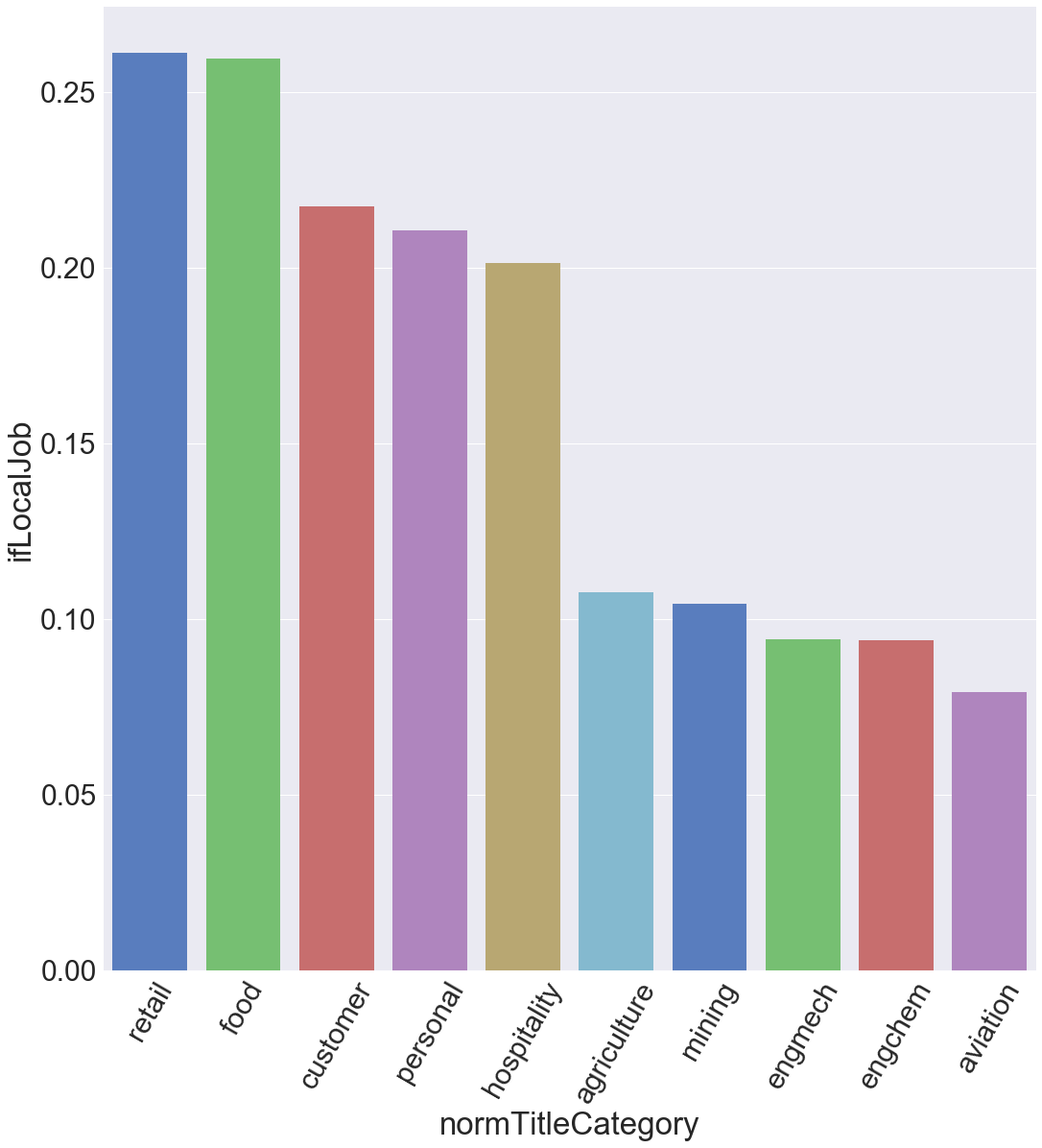 These two graphs both show the same data. Having the 5 most and least makes the data easier on the eyes. As you see retail tops the chart for local jobs where 26% of retail jobs are local.

Most of these results aren’t that suprising. Retail jobs are more likely to be local jobs while aviation jobs aren’t clicked on by many people in the same area as the job listing is.