Every year state schools publish the salaries of everyone on the government payroll. Seeing that all of us are from Missouri S&T, we decided to exclusively take a look at our school.

The data I am using can be found here.

Just to satisfy curiosity here we started out with finding the highest paid people in our school. We measure this by RATE1 (indicating salary) and W2AMT-10272 (the amount reported made in 2017).

The Aerospace Engineer Professor from Iowa takes the cake in the salary battle. RATE1 represents his salary of $315,000. Not too surprising since Missouri S&T is a “Science and Technology” school.

But this is a slight pay bump for Dr. Wlezien as he made $294,882.71 when he left Iowa. Overall from an accomplishment and salary standpoint, Dr. Wlezien doesn’t seem like a bad deal. However, this is only from a numbers standpoint.

You might notice that the amount that Dr. Wlezien was reported to have made in 2017 is lower than his actual salary. That is most likely because Dr. Wlezien came in 2017. The $111,898 is what the state of Missouri paid him so he most likely has not worked at Missouri S&T for a full year yet.

Again, coming back to Aerospace Engineering. Dr. Leu made the most out of any faculty in Missouri S&T in 2017 with a total reported $292,824.27. By the numbers, with over 10,000 paper citations, and positions in multiple research labs. Dr. Leu shows the tax paying money isn’t a total waste. However, is he the one most worthy of the title of “most made”?

Visualize the mean salary based on Departments 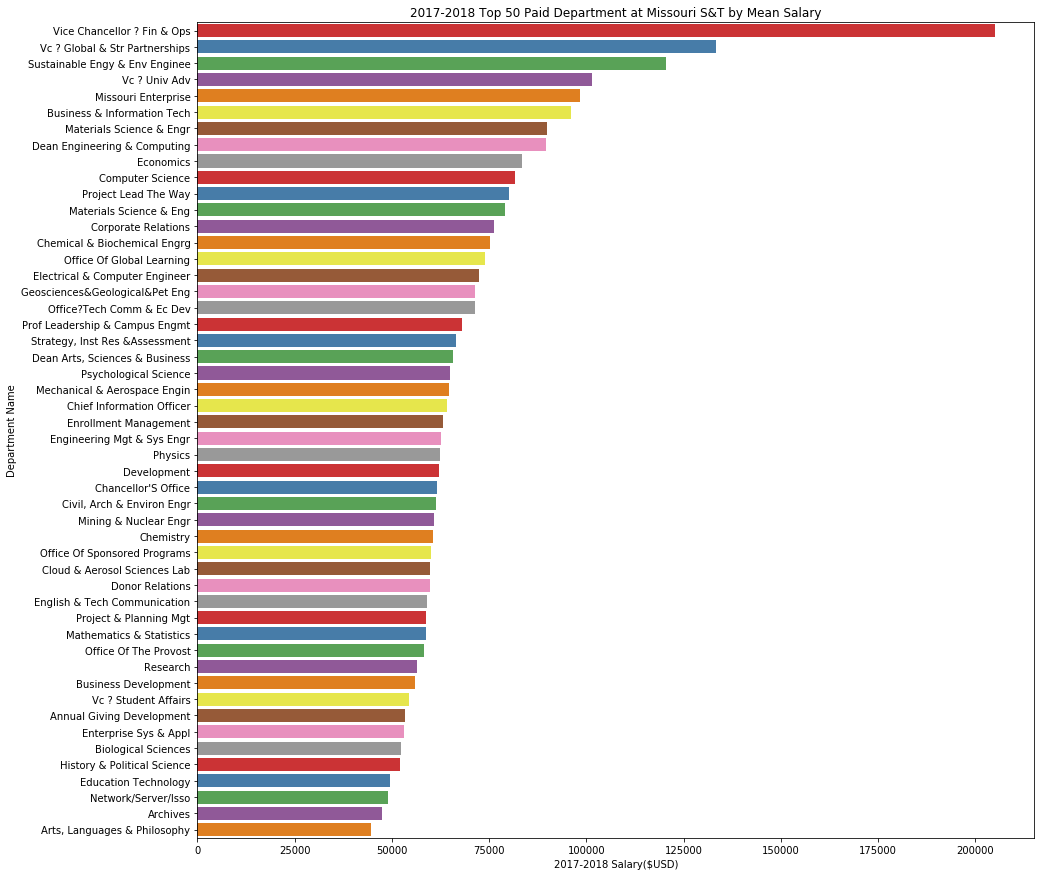 Since there are 2 metrics used here that show how much a person makes, we’ll graph by the mean of the money earned that was repoted on the government W2 forms as well 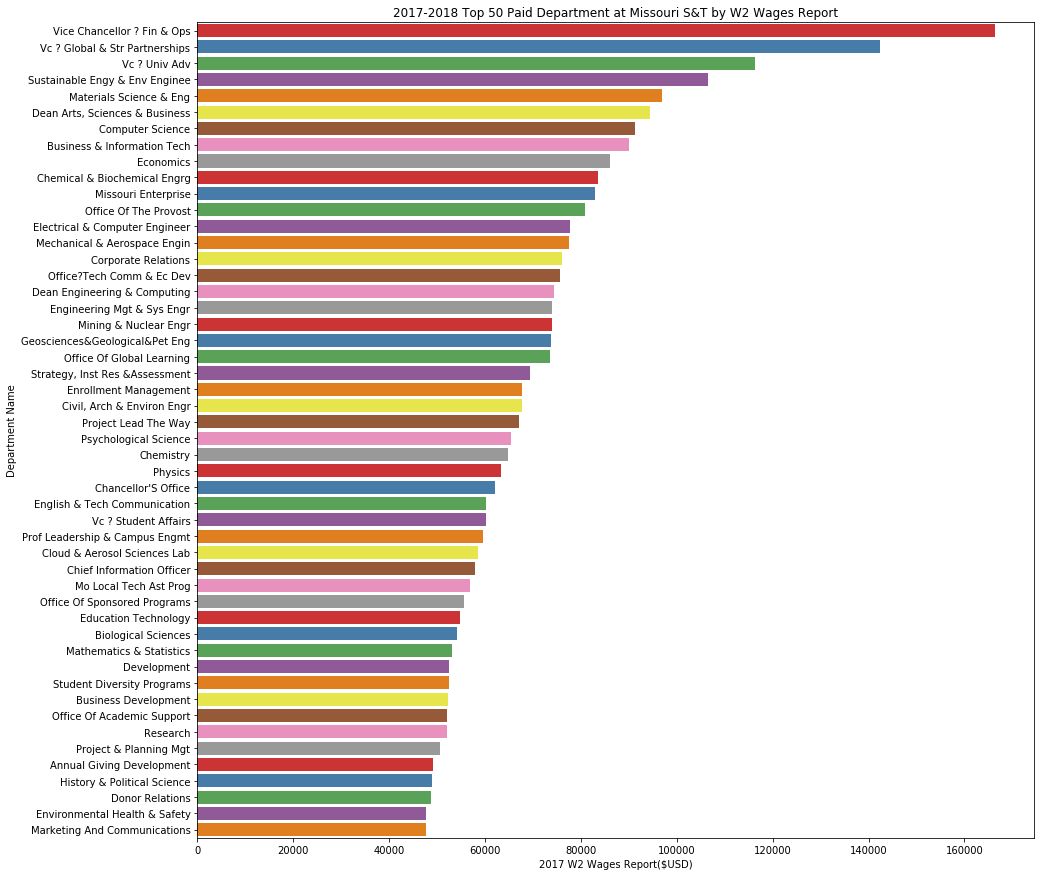 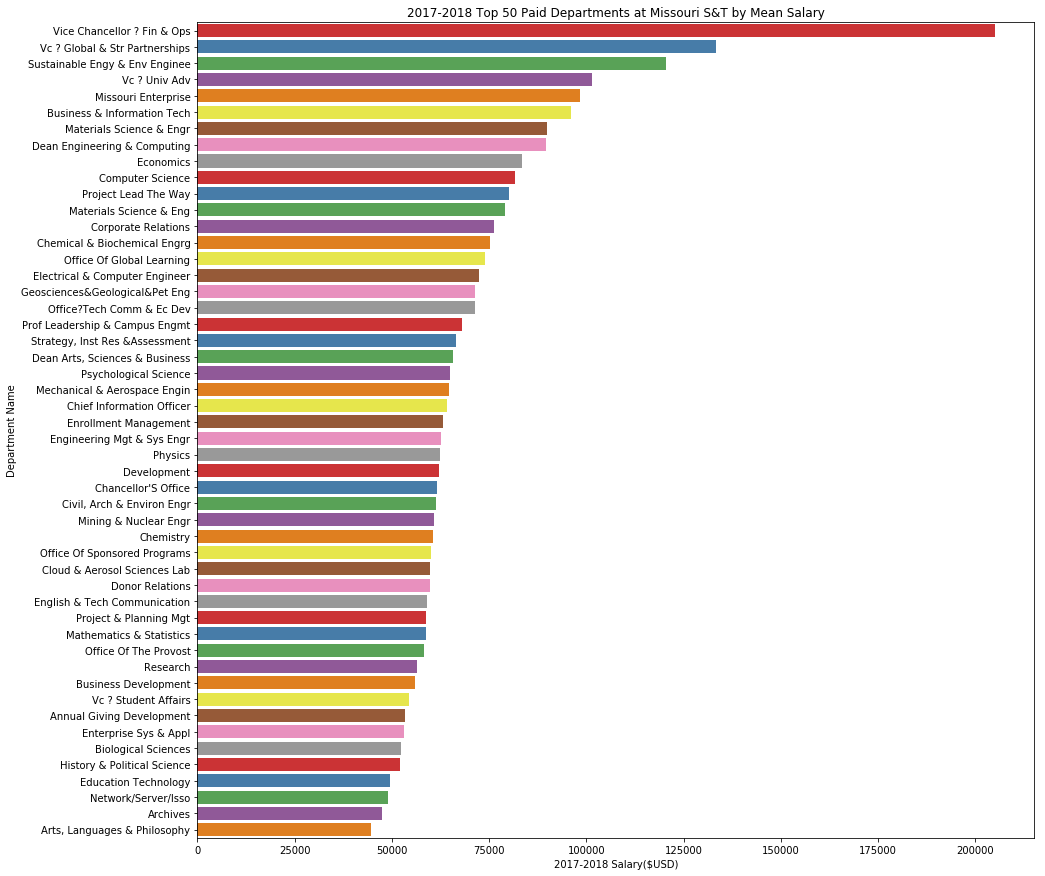 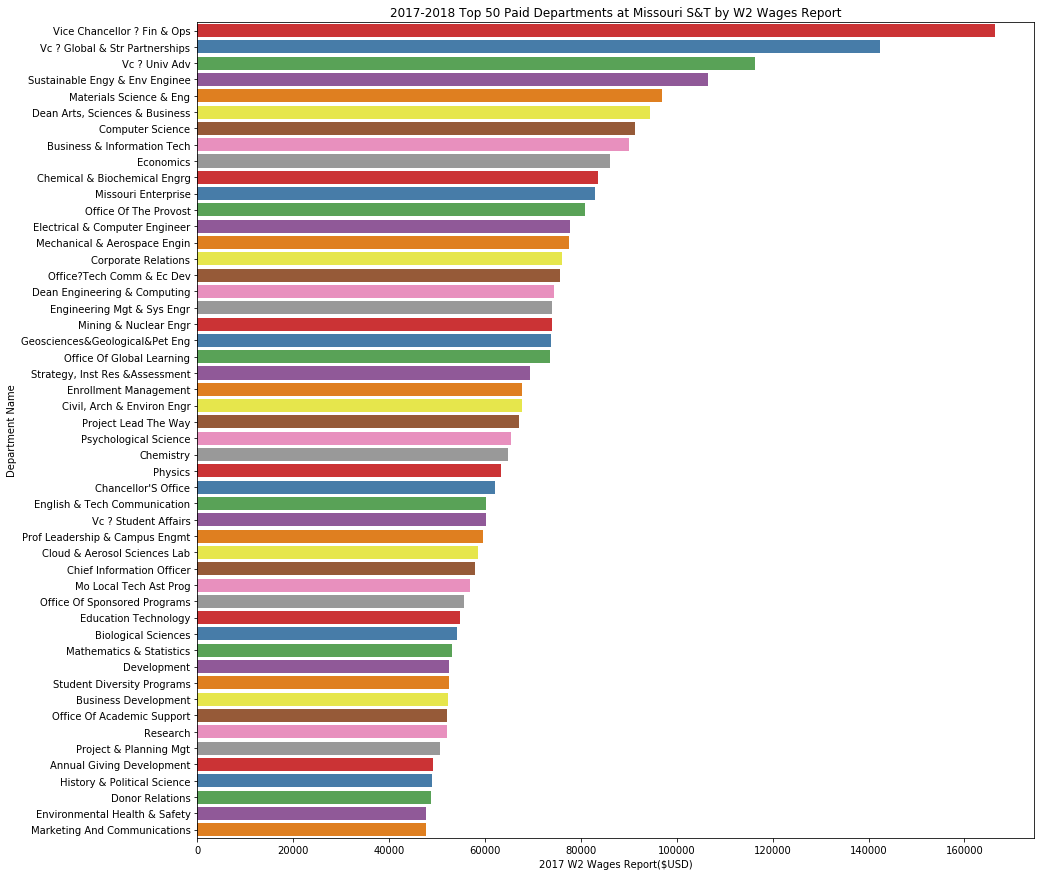 Let’s only look at Tenure Professors 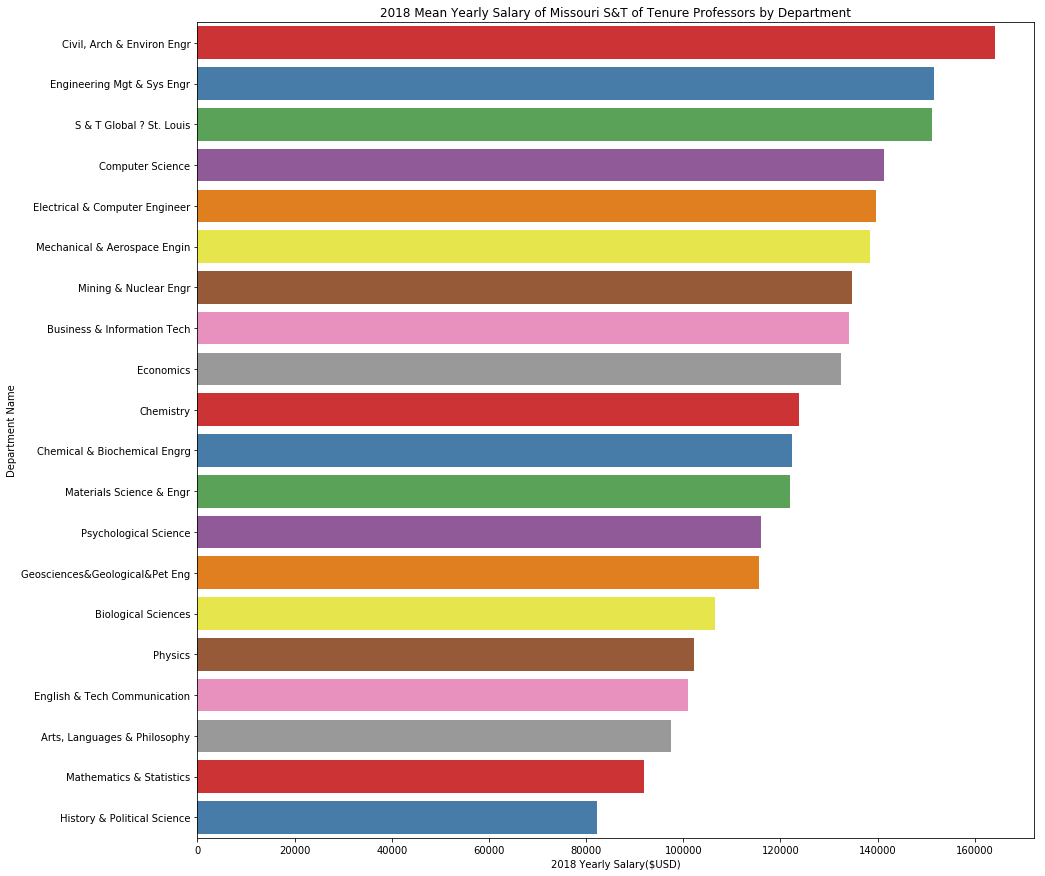 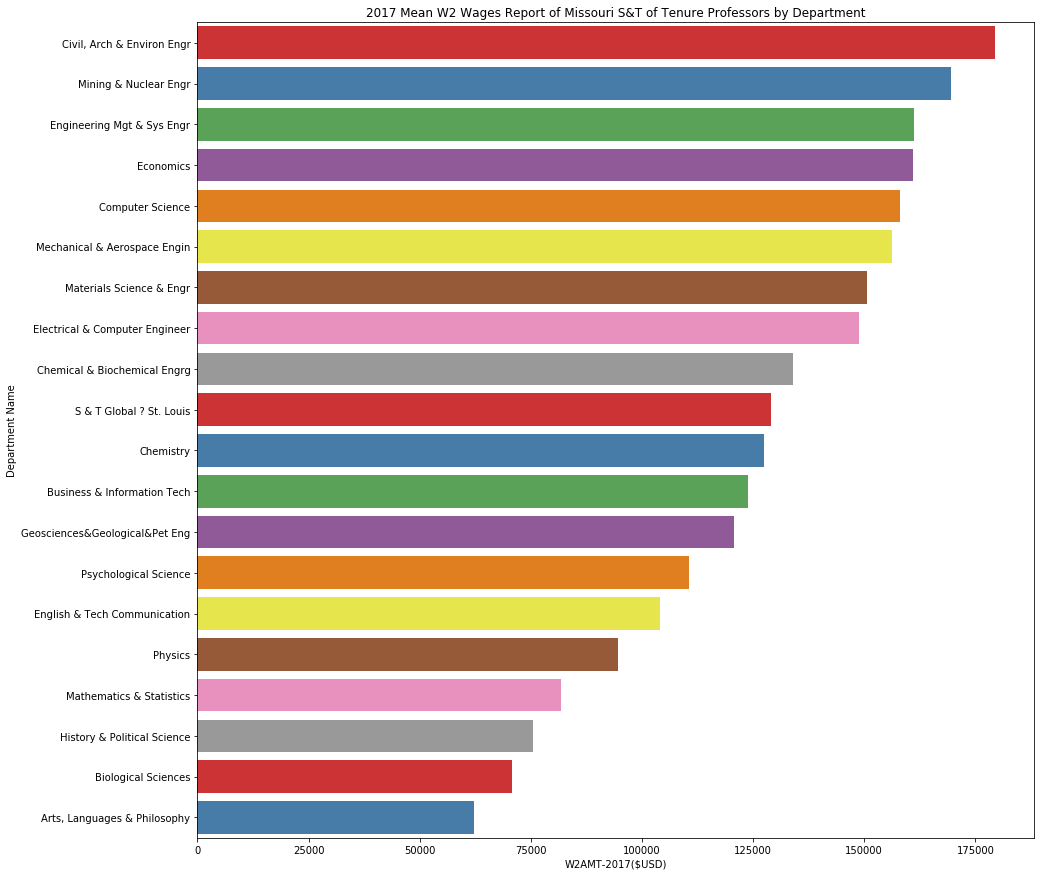