The mobile game market has a wide variety of games competing for screen-time and dollars. The strategy game segment has a variety of monetization schemes, and target audiences.

The vast majority of strategy games are suggested to ages 4+. Having inoffensive content allows for marketing to a wider audience, which is important for mobile gaming due to the age demographics of mobile gamers. Younger kids are starting to be entertained by products from the App Store, as opposed to in years previous devices like the Nintendo DS or Sony PSP. Making mature games (for ages 17+) cuts off developers from a large segment of the market, and we can see in the illustration below how this negatively affects the proportion of mature games made. 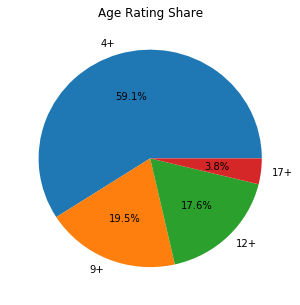 In terms of monetization, there are four paradigms that games can choose from: if an app is free or not, and to include microtransactions or not. Below, we can see the breakdown of what the market looks like currently. 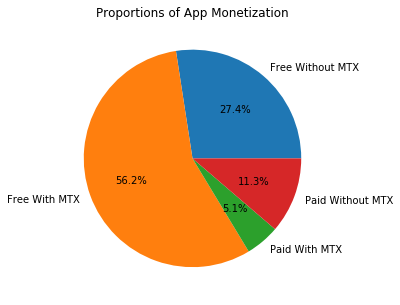 The tricky part of monetizing with microtransactions is how many to include. Behind zero, a game without microtransactions, the most common is to offer nine distinct different available purchases, at least some of which users can buy repeatedly (think in-game currency). A visualization of this follows: 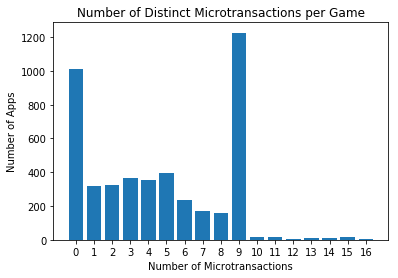 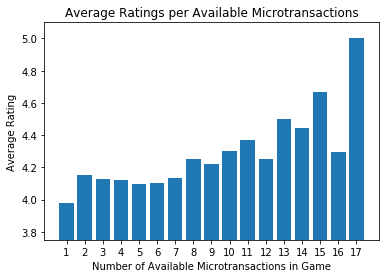