In the spirit of Nobel Prize week, I decided to take a quick look into the event with the little time I had.

Everything was scraped with BeautifulSoup from Wikipedia pages for lists of Laureates. It was an interesting process because there is a table of laureates for each category of the Nobel Prize (Economics, Peace, Chemistry, Physics, Physiology). And it happens that each table is set up a different way so I had to tailor a scrapper for each page. It wasn’t bad but I was planning on being a bit lazier :P

I only managed to get 2 graphs out simply because I ran out of time. It’s midterms and recruiting season so most of us college students are struggling between school and getting a job.

United States pretty much takes the cake for where most of the laureates are either from or have citizenship in.

West Germany is also surprisingly popular for Chemistry, they boast 11 Nobel Chemistry Laureates despite only being around for 41 years (1949-1990). And if you combine Germany and West Germany’s Laureates, they easily beat out United Kingdom for 2nd place. Though still not enough to dethrone the United States. 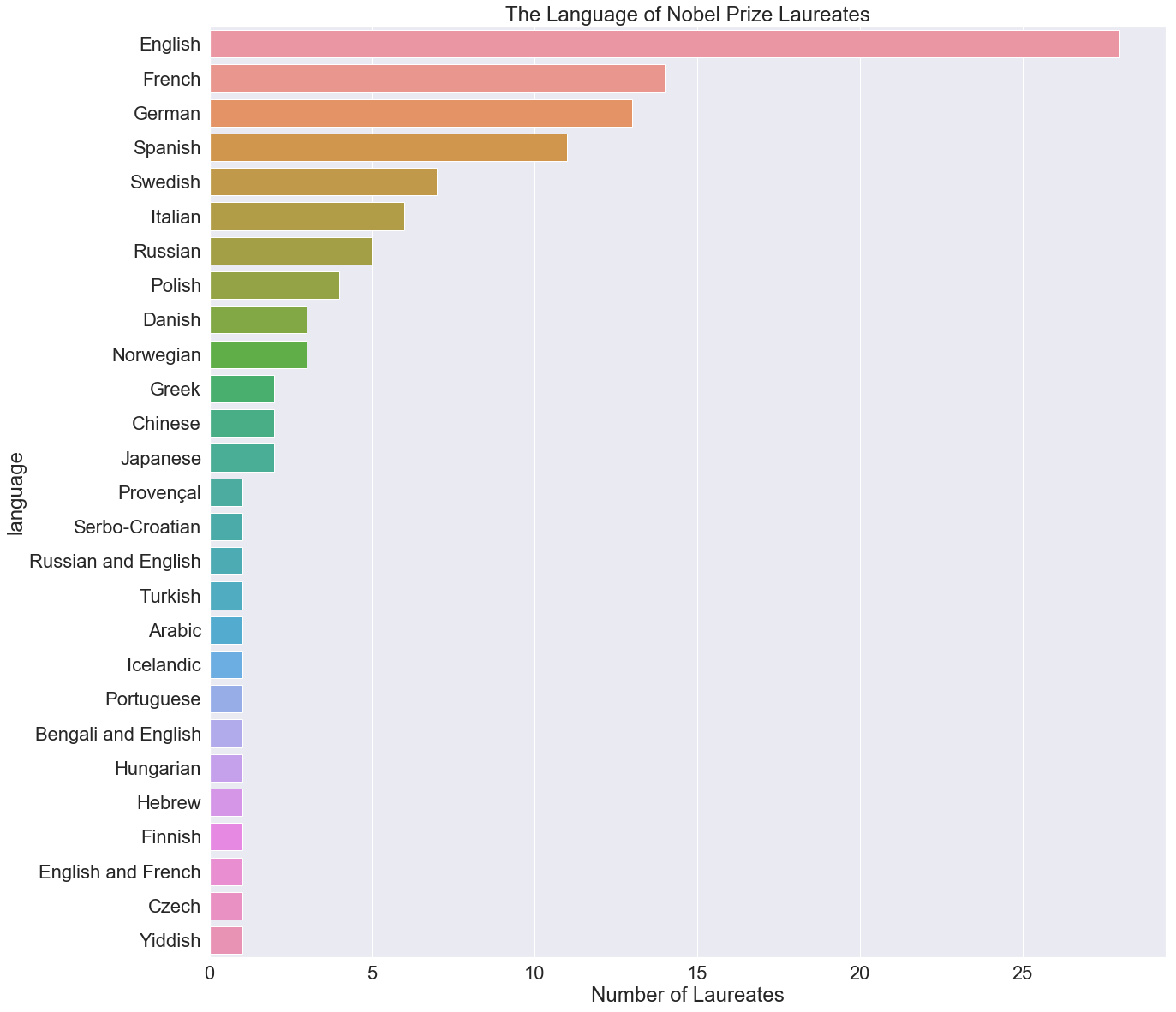 Just to satisfy my curiosity(and because I really didn’t want to study for physics), I made a quick bar graph on the languages of the Literature Laureates. Of course, along with the United States having the most Laureates in Literature, most Laureates’ primary language is English.

Next are some the most popular languages of the world: French, German, Spanish.

Though surprisingly Chinese is only in 12th place despite being the most popular primary language in the world (almost 12% of the population speaks Chinese as their primary language based on Worldometers.info).

On the same note of language popularity, Hindi is a no show in the Nobel Prize list of language. However, Bengali makes an appearance due to Rabindranath Tagore, the 1913 laureate. A Calcutta (Kolkata since 2001) native who was the first non-European to win the Nobel Prize in Literature. Tagore wrote and sang in both English and Bengali, however most of his work has been translated to English (with the exception of some of his poetry).

Overall, I want to go further into the space of language popularity and the specific topics of each prize, but let’s leave that for another day.