Does fake grass affect you?

If you are an athlete to any capacity (yeah, I guess we’ll include esports), you recognize even the slightest change in environment could change the game. And in grass sports, there are some stadiums that use fake grass or “turf” grass.

Fake grass is typically easier to maintain. However, many athletes argue that natural grass is superior for athlete performance. Here we had a look at the Canadian’s Women’s Rugby 7’s team’s performance on grass stadiums vs. turf stadiums.

(I like my grass how I like my significant others, fake and easy to maintain. - Some dude in the parking lot) 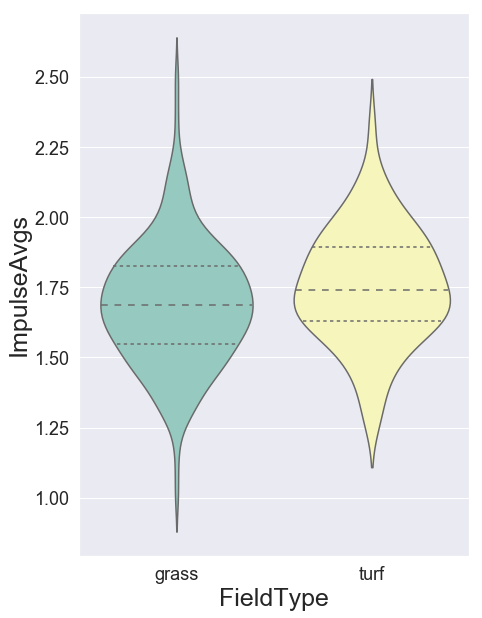 Looks like by impulse, players may be slightly faster on average but not by that much. So it seems like the ground type won’t affect your performance of sudden movements by that much.

Not too much of a difference on the average player. Again turf seems to have a slight increase, but not by that much. Grass however, does have more variation in speed averages. 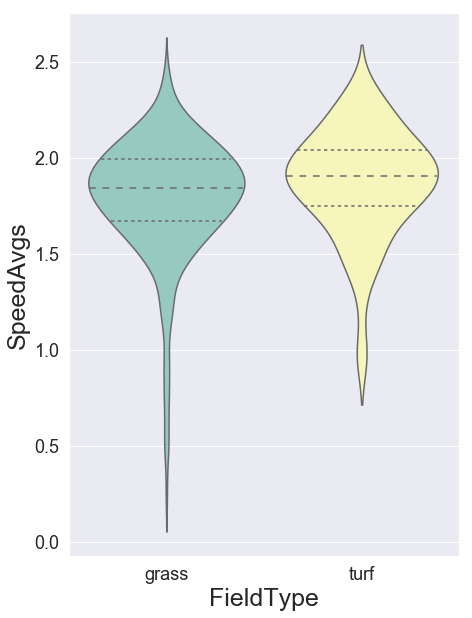